We are not told much in the Bible about the young life of David.  However, two things we do know is this:  he was a worshiper, a man after God’s own heart (his very name means “beloved”) and he was a skilled musician.  Two things I would love people to say about me. 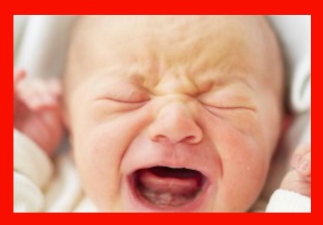 As a musician and a  worshiper myself, one of my FAVORITE stories in the Bible is about David.  Apparently, King Saul was having trouble sleeping (you can read the fascinating details for yourself in I Samuel 16) — until the young David was brought in and simply played his music.  No words; just music.

“Whenever the spirit from God came on Saul, David would take up his lyre and play.  Then relief would come to Saul; he would feel better and the evil spirit would leave him.”  I Samuel 16:23

YOU Really CAN Learn To Play!

“I wish I could play the piano, but with work and everything, I’m just too busy!”

“I wish I could play the piano, but I JUST CAN’T…even after years of taking piano!”

“I wish I could play the piano, seriously, BUT…!!”

I’VE HEARD ALL THE EXCUSES! END_OF_DOCUMENT_TOKEN_TO_BE_REPLACED

What’s the HEALTH of Your Worship Team? 10 Quick Questions to Find Out 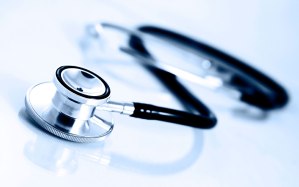 A HEALTHY Worship Team has nothing to do with the size or age of the church, the popularity of the leader, the volume of the sound, the brightness of the lights or the number on the team.  Many of us have been to larger churches, yet have left disappointed with the worship.  Something was missing.  We have also been to other churches and knew it was right.  We couldn’t explain it, but somewhere in the fabric of the worship team was the favor and presence of God…and it was obvious.

What makes a Worship Team healthy?  What makes it right?  What do some teams have that others are lacking?

TAKE THIS QUIZ to help you find out the health of your team: END_OF_DOCUMENT_TOKEN_TO_BE_REPLACED

Everyone needs a coach — even the best of the best have them.  Do you?

One of my greatest joys in life is helping others to do what they love to do — worship…lead others in worship…develop their own teams and worship departments…and more!  It’s amazing what others see that you may not.

Here are some ways that we, the Exodus Group (our mentoring and coaching department) may help you:

END_OF_DOCUMENT_TOKEN_TO_BE_REPLACED

Help! My Pastor Is A Jerk

I KNOW, I KNOW — it’s not nice to call anyone a jerk.  Second, I am not writing this article with any one person in mind.  I’ve had great pastors in my career of almost 30 years. Lastly, I realize that ALL of us can have jerk tendencies.  Yes, all of us! However, for the sake of many people who are in rough situations, especially many worship pastors, we have to face the fact that sometimes even our pastors can be a…well, you know what I mean.  Help!! END_OF_DOCUMENT_TOKEN_TO_BE_REPLACED

What Does Worship Pastor John Larson Say About SUCCESS — congregation of 35,000 and growing

If you could get behind the curtain — so to speak — of one of the fastest growing churches in America, what would you see?  What is the key to their success?

I personally love to study churches, to see what lies behind their success or lack of success.  I have been a worship pastor and very passionate about worship for a couple of decades.  I have led crowds of a few to crowds of thousands.  But in the last couple of years, I have been making a transition from being a ”player” to being a “coach”.  Eventually all of us should, at some level, make this transition.  It’s God’s design. Look at any team:  the coach may not be able to play as well as the players (sports, music, debate — any team), yet the coach is still crucial to the success or failure of the program.  The coach sees things that the players never can.  They are the ones that will lead the players to victory or defeat.

As a coach, I love seeing those who have “done well”; as a worship leader, I also love seeing worshippers who have done well.  And, of course, I want to know why.

Recently, I was at a conference at one of the largest churches in America: Church of the Highlands, in Birmingham, AL.  To be honest, I didn’t even want to be at the conference.  END_OF_DOCUMENT_TOKEN_TO_BE_REPLACED

OUR GOAL IS SIMPLE:  to help your child discover the creative ability that God has put into ALL of us…and to direct that ability to the local worship stage.  We offer more than a music, dance or art class; instead, we work on stage development, worship arts and instruction, dramatic and arts creativity, and more.